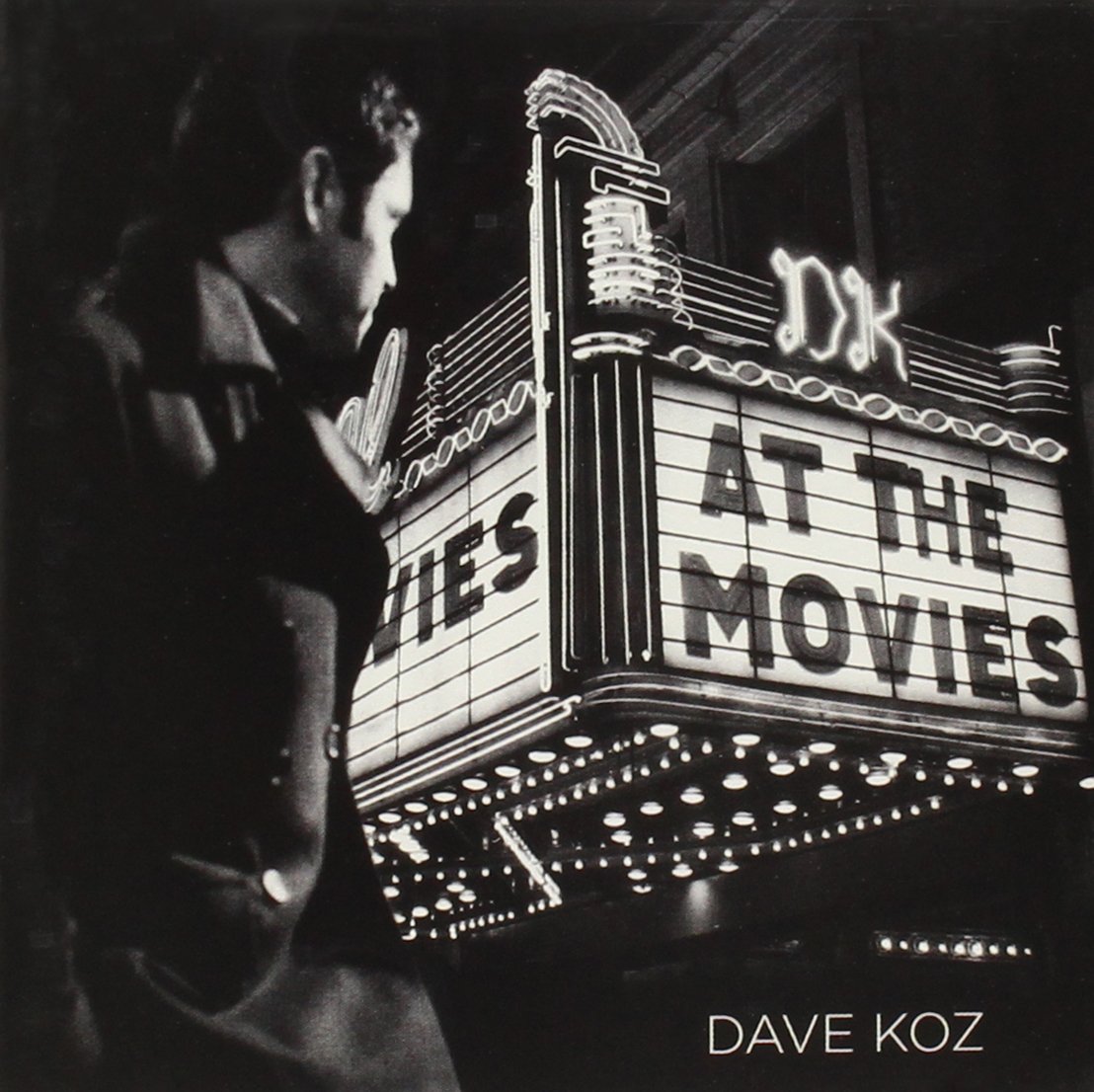 Concept discs tend to go one of two ways--they dance around a theme, causing listeners to draw their own conclusions about how well the album hangs together, or they come on strong. Sax man Dave Koz's "i"At the Movies floats mellifluously into the second category. From the moment Judy Garland's voice comes keening through the crackle of "Over the Rainbow," we're transported directly into the cinema alongside Koz and a handful of high-wattage friends. Only in Koz's theater, the music is at times more heart-tuggingly pretty than we remember. "Moon River," from Breakfast at Tiffany's meanders gracefully before Barry Manilow surfaces to lend a languid, signature-smooth vocal. "The Shadow of Your Smile" from "i"The Sandpiper sends ripples of bittersweetness down the spine straight through the soul. In a surprising standout track, India.Arie snakes her vocal to "i"Tootsie's "It Might Be You" around Koz's sax so winningly you half-wish she had sung the original. Koz himself is no slouch here, either: six instrumentals belong to him exclusively, some so lush it seems a shame do-overs aren't on Oscar's radar. --Tammy La Gorce

For his upcoming album, world-renowned saxophonist Dave Koz turned to one of his favorite pastimes for inspiration. At The Movies is a lush, inspired collection of twelve timeless movie themes, underscoring the crucial role music plays in film, making it a must-have album for music and film lovers everywhere.

As a musician, Koz is especially cognizant of the importance music plays in making a film memorable. "These are songs that are so much a part of people's lives that I felt it was important to respect the original while nonetheless putting my own unique spin on them," he says.

"p"Guest artists include India.Arie ("It Might Be You" Tootsie), Anita Baker ("Somewhere" West Side Story), Barry Manilow ("Moon River" Breakfast at Tiffany's), Johnny Mathis and Chris Botti ("Shadow Of Your Smile" Love Theme From The Sandpiper), Donna Summer ("A Whole New World" Aladdin) and Vanessa Williams ("The Way We Were" from the film of the same name). The album also includes six stunning instrumentals showcasing Koz's interpretations of the themes from Casablanca, Schindler's List, Cinema Paradiso, Pink Panther and Summer of '42 as well as an exuberant rendition of "Over the Rainbow" that leads off with a sample of Judy Garland's unforgettable vocal. The collection was produced by the legendary Phil Ramone and features a full orchestra.

"p"It was Koz's vision that attracted the stellar group of vocalists to the endeavor. Recalls Manilow: "Who doesn't know Henry Mancini's `Moon River?' I was delightfully surprised that Dave had figured out a very hip way of rendering `Moon River.'"

At The Movies is the 8th studio album for the Platinum-selling Koz, from which he has garnered four GrammyÃÂÃÂ® nominations.

DAVE KOZ'S AT THE MOVIES

"p"Track Listing with Guest Artists and Oscar History for Each Song "p"1. Over The Rainbow (with a sample of Judy Garland) The Wizard of Oz Oscar-winning song 1940 "p"2. Moonriver with Barry Manilow Breakfast At Tiffany's Oscar winning song, 1962

5. The Shadow Of Your Smile (Love Theme from The Sandpiper) with Johnny Mathis and Chris Botti The Sandpiper Oscar-winning song 1966

9. It Might Be You with India.Arie Tootsie Oscar-nominated song, 1983

Bonus Tracks: 13. It Might Be You with Peter White (Instrumental)

14. The Shadow Of Your Smile (Love Theme from The Sandpiper) with Chris Botti (Instrumental)

With an accout for my.chemeurope.com you can always see everything at a glance – and you can configure your own website and individual newsletter.

To use all functions of this page, please activate cookies in your browser.

There is hardly a technology that is not constantly developing, but there is a lot going on at Vision Technology, especially for Medical & Life Sciences. Pe ... more

A revolution in Confocal Raman Ultrafast imaging: The LabRAM Soleil

The brand new LabRAM Soleil and its built-in intuitive software have been developed to allow the characterization of all types of samples. Whether they are ... more

You will find a selection of topics which might interest you here.

With VAPODEST you distill your samples for the determination of nitrogen, cyanide, SO2, ammonia, phenol, sorbic acid or alcohol safely and quickly more

Chemically Resistant and Oil-Free Vacuum down to 10 -3 Mbar

Oil- and abrasion-free: Clean processes and pure products without contamination. ✓ Chemically resistant: Protection of the pump against aggressive gases or ... more

Data integrity with authorized user access for compliance throughout the data lifecycle ✓ Traceability of all work processes and data according to FDA compl ... more

Atotech in Berlin is looking for a Where your expertise is needed In your role as an Surface Technican / Application Engineer (m/f/d) in the field of Sele ... more

Be part of our team: We are looking for a proactive and committed Senior MD, MD PhD or PhD with strong experience in global clinical development of Biologi ... more

Atotech in Berlin is looking for a Where you’re expertise is needed In your role as a Scientist (m/f/d) in the field of Wear Resistant Coatings you will ... more

The Hamburg-based company specializes in the manufacture of measuring instruments for the analysis and quality control of various materials, surfactants, and foams for a broad range of different industries, as well as for scientific research. The ... Sterling Silver Lucky Horseshoe Earrings - Handmade, Solid .925

Scientists have developed seven crystal forms of imidacloprid - one of the world’s most widely used insecticides - in an effort to sharply reduce its environmental impact, according to a study published in the Journal of the American Chemical Soc ... Skinit Clear Phone Case Compatible with Samsung Galaxy S10 - Ori

Highly precise 3D-structures in black can now be printed using a 2 Photon-Polymerization (2PP) 3D-printing process. This seemed for a long time impossible as non-transmissive (black) materials greatly reduce the polymerization efficiency of the p ... more

Starting from available chemicals, a German team of researchers successfully completed the total synthesis of agarozizanol B, an interesting natural substance found in agarwood. As described in the journal Angewandte Chemie, the key sequence in t ... more

A rare feat: Material protects against both biological and chemical threats

Do you really want to remove this box?

Your browser is not current. Microsoft Internet Explorer 6.0 does not support some functions on Chemie.DE