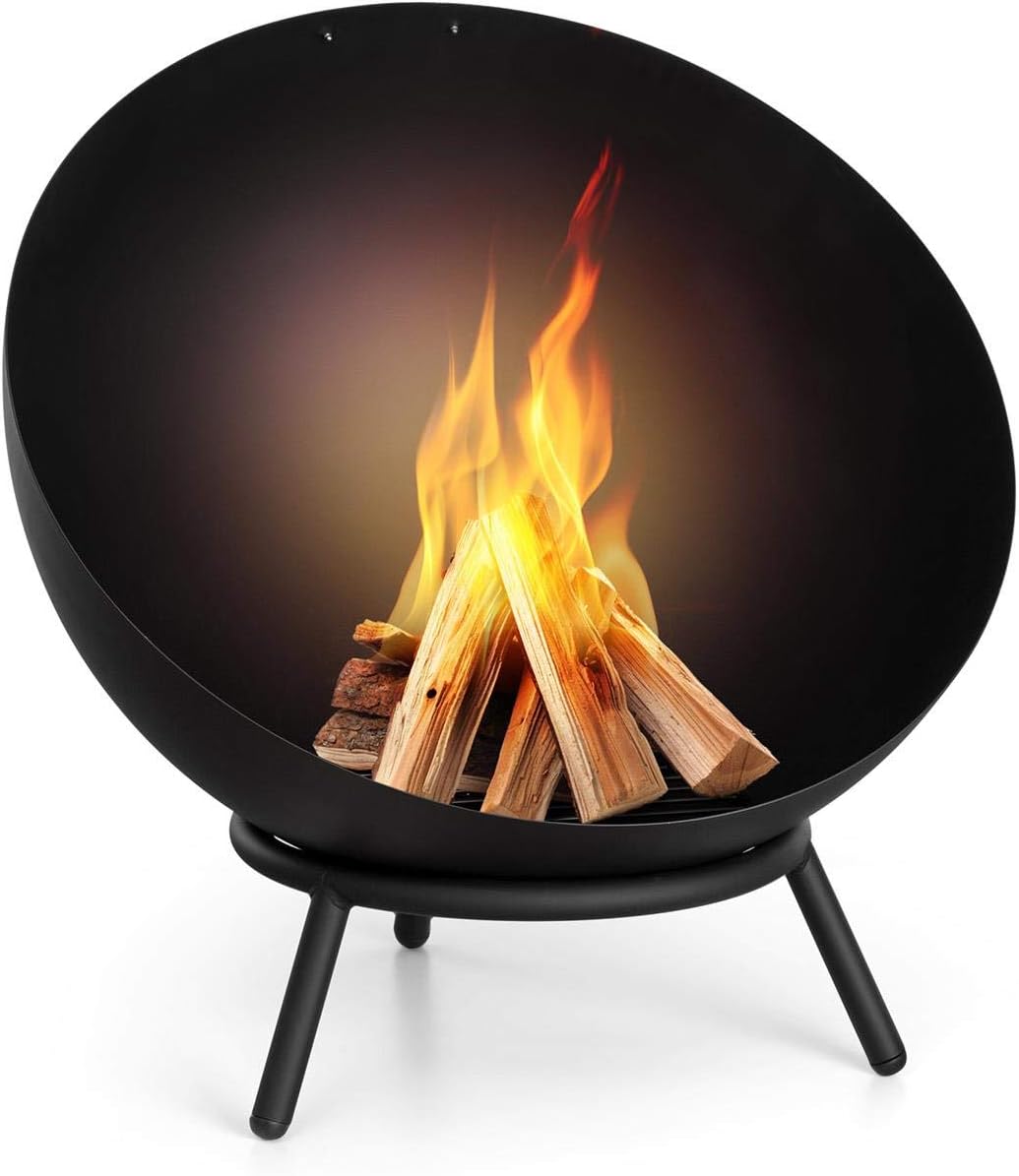 Fire bowl with clever tilt function for cosy hours in the garden or on the terrace.

One bowl, two possible uses: both horizontal and diagonal alignment possible thanks
to the integrated tilt function.

Clever design made in Berlin: campfire romance with FireView, 2-in-1 tilt function
and rain cover for storage.

The Blumfeldt Fireball is a fire bowl designed in Berlin that brings you real
romantic campfires at home.

The highlight of the Fireball is the variable usage: with a horizontal orientation,
you can light a classic campfire in the garden, or alternatively, align the
hemisphere diagonally and enjoy the flames in your new fireplace on the terrace. No
matter what use your heart is burning for, the Blumfeldt Fireball brings relaxation,
cosiness and a touch of romance into your home with its iconic design. The fire bowl
and its flame dance let you relax and unwind after a hard day.